Should Goldendoodle Be Allowed on Furniture?

Dogs are one of man’s earliest companions in history. They are thought to be one of the first domesticated animals after livestock. Starting from the cave times of man, there had to be an animal companion that was trustworthy, and dogs have been that, trustworthy animal companions, to mankind. Does this mean they can be allowed on the furniture? Does the Goldendoodle require special attention on this? Let’s have a look.

A healthy dog in general is thought to be friendly with people and kids. They can also be very friendly with other dogs and some other pets. Dogs are particularly, playfully rough against cats. Dogs don’t become mad or anxious if they are left alone for a while. The dog owner can control the dog with voice commands such as stay and come. They don’t tend to be needy but are affectionate. And they have a lot of good things to list. There are different varieties of dogs that have different specialized habits and traits as well.

Golden retrievers are good with children, family, and other dogs as well. They can shed hair very frequently and could need coat grooming on a weekly frequency. They also don’t drool everywhere; they are less frequent droolers. Their protective nature is somewhat less than many other dogs, and they are good with strangers as well. People allow the Golden retriever on furniture that can be easily cleaned and maintained.

A Poodle is a water dog variety. It has a height of up to 62cm and weighs up to 32 kg. The hair coat is curly, and they don’t shed much frequently like many other dogs. One of the reasons is the clipping. These guys are very intelligent, sociable, and energetic.

Goldendoodle, the good mix of Golden retriever and Poodle 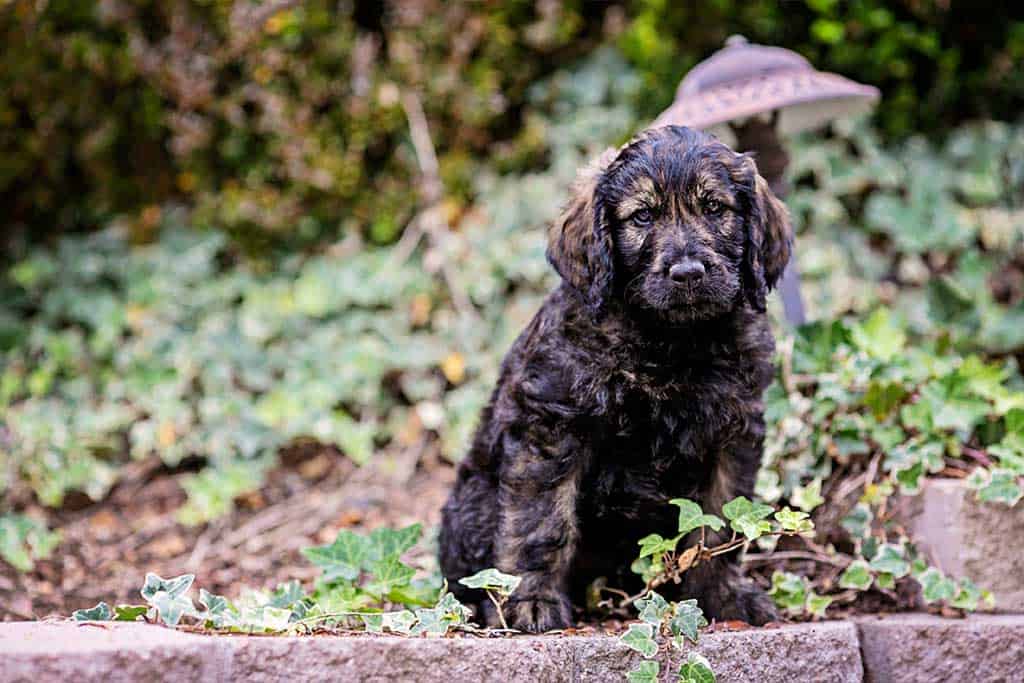 Now to the point, we wanted to have a look at; the Goldendoodle. It is a mix of the Golden retriever and Poodle, but for a better breed. They grow up to 27 kg and have a height of up to 21 inches. The Goldendoodle breed can live up to 15 years. It does not shed hair very frequently and is highly intelligent, playful with children, other dogs, cats, and family members as well. This breed is also very gentle, friendly, outgoing, and playful.

These guys don’t need high exercise and their drooling level is also low, you don’t need to run around with a towel all the time. They come in all colors and patterns. There are black, gray, red, blue, cream, white, fawn, gold, yellow, brown, chocolate, and liver-colored Goldendoodles. They come with bicolor, brindle, merle, black and tan patterns as well.

One important thing about the Goldendoodle is that they are hypoallergenic, meaning you don’t get allergic to them. They are also easy to train, strongly loyal, good at hiking, and they love water. You need to groom them frequently though.

These pets are so playful but are low prey driven, meaning, they won’t run after prey the moment they see it. The dog owner has the say about whether the Goldendoodle has to run after a mouse or not. With these traits and habits, people think it is a good breed of dogs for first-time dog owners.

If your Goldendoodle becomes too playful from childhood, then it might become difficult to change the behavior and you might need skilled trainers to do that. If they are trained not to sit on certain furniture, then they don’t do that for life.

They are hyperactive sometimes, making you think about what is going on? They can grab onto anything they come across and can chew onto anything they want, only if they are not trained well. With a well-trained Goldendoodle, the situation will be much calmer. 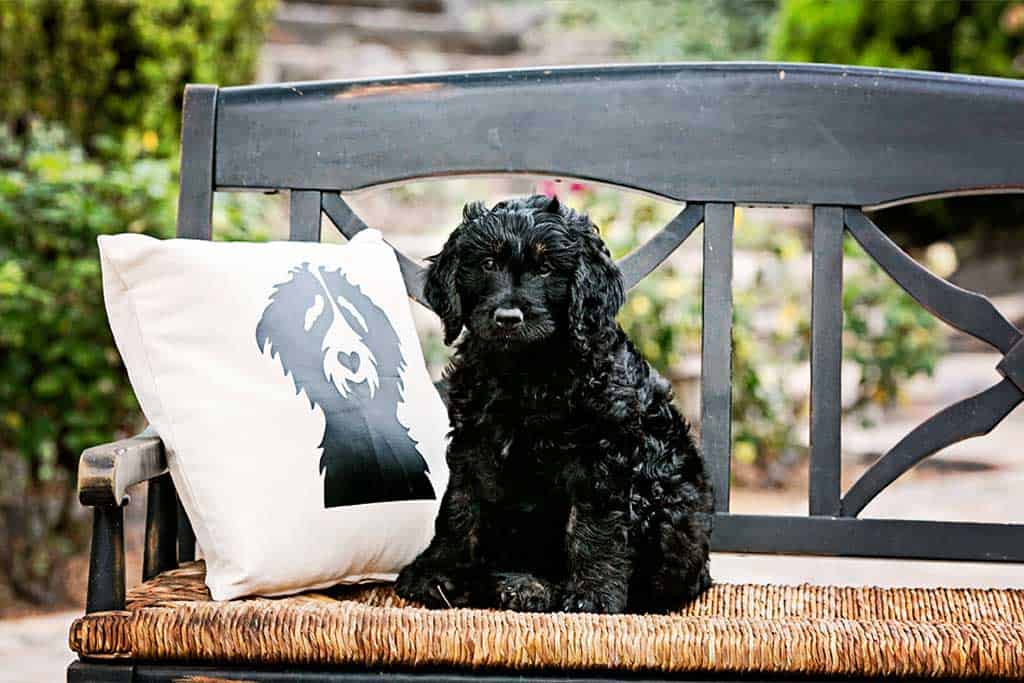 These dogs don’t drool a lot. So, you can allow them on most of your furniture and be sober that they won’t give you extra cleaning work. Remember, they like chewing. Give them something to chew regularly at one spot of the house, and they will know their limits and will not start chewing on your sofa.

Although I mentioned a standard size and weight of the Goldendoodle breed, the parameters largely depend on its parents. Since the Poodle can range in weight and size heavily, so can the Goldendoodle derivatives.

One other thing to remember about them is that they become more active as their size builds up. The bigger the dog is the higher their activity level will be. So you will need to train your dog from when its a puppy to not to mess with the furniture, and they will learn it. They like water, so be careful not to have water and Goldendoodle closer and where you have some furniture. They can simply play with the water and jump onto your furniture.

The health of the dog and the health of the family matter. You can rest assured that the Goldendoodle does not bring many health issues to humans, including allergics. So you can allow them to be on your furniture. If you are still concerned, you can clean the fur and coat more frequently to make sure you don’t get shedding frequently. If this is voting, then the dog lovers will all vote for the golden doodle and say, “yes, Goldendoodle should be allowed on furniture”. It depends mostly on the condition, the dog owner, and the ground situation, but in most cases, yes, the Goldendoodle can be allowed on the furniture.