How Facility Service Goldendoodles Help Crime Victims in the Courtroom

Facility service dogs are a growing role for our four-leg friends. A service dog, along with its instructor, is required to get training to be fit to work for the judicial system and support people in highly demanding court cases, much like its counterparts, service or therapy dogs, but work for specific organizations. Facility service dogs can also help in nursing homes or prison systems.

Goldendoodles started to be accepted and recognised for their kindness and patience in courtrooms in the last decade. They are a fairly new breed and considered a “designer breed” because it consists of breeding two purebred dogs, the Poodle and the Golden Retriever. Their intelligence and affection make them perfect to aid in such situations. Their extreme friendliness is often considered the best attribute of the Goldendoodle but it is their patience that is remarkable in the courtroom.

They assist people in difficult cases, in particular victims of crimes and abuse, by giving them the security and confidence they need. It is ideal to have a relaxed service dog in the courtroom that can sit next to the victim and transmit calmness, especially if the victim is confronting their attacker in the same room.

In the last few decades, courts across the United States and the rest of the world have started to recognize the essential advantages of having facility service dogs available to provide support during court cases. During the late 1980s, the project to train facility service dogs started. In the early 2000s, an organization called “Canine Companions for Independence” became the first organization in the U.S to place service dogs in courtrooms for assistance purposes only. It was a mix of Labrador Retriever and it served in a prosecutor’s office in Seattle, Washington. That helped catapult the partnership between service dogs and the court system and in 2015, twenty-six states in America have grown programs where service dogs and judicial systems partner up to help support victims of crimes. 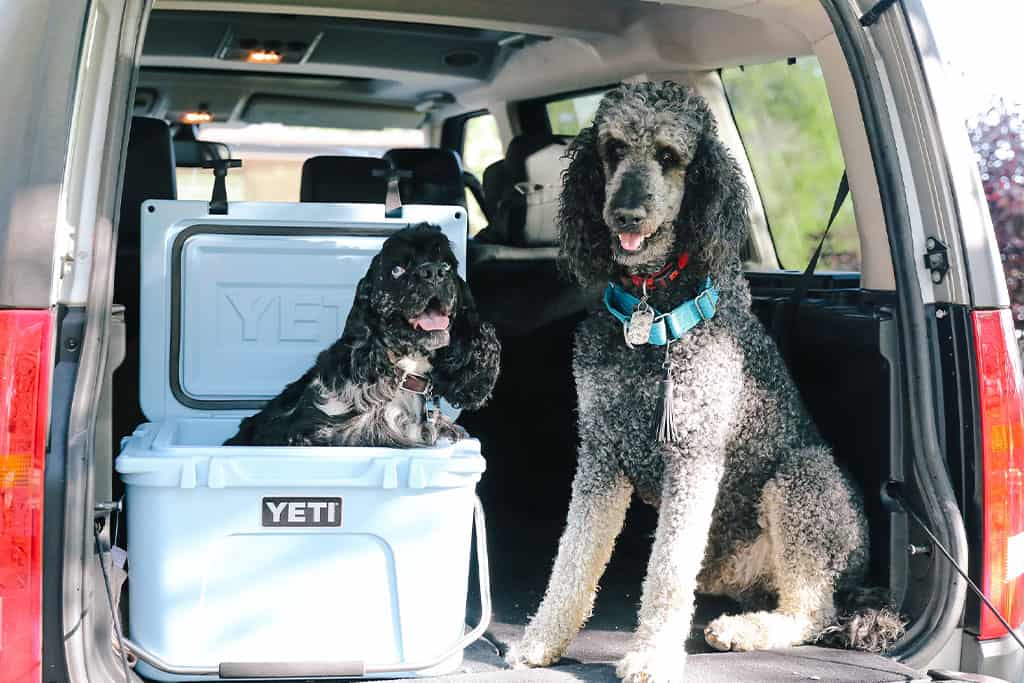 Stella, a 5-month-old Goldendoodle, specifically trained as a therapy dog, was adopted by Judge Lindsey Holden-Kay in the juvenile magistrate in Bartholomew Circuit Court. Judge Lindsey, expects Stella to start in the courtroom very soon.

Stella was chosen because of her personality traits, for being very relaxed around people and smart, which makes her the perfect prospect.

Although the Bartholomew County Commissioners have yet to accept a therapy dog in the court, their decision will take several months to complete. Stella is currently 5 months old and facility service dogs cannot be certified until they are at least 1 year old.

The fact that Goldendoodles don’t shed too much fur is another added bonus when thinking about bringing a dog to a courtroom.

Pendleton is the owner of Guardian-K9, a dog training centre. The former police officer started the company in 2015 and as Stella’s primary trainer, he says the biggest responsibility is to get her used to a large group of people and become great at socialization. Not only that but get her comfortable with unfamiliar places, smells and sounds.

If Stella gets certified and the county commissioner approves, she will start to be used in juvenile courtrooms straightway.

Judge Lindsey Holden-Kay states that although dogs in courtrooms are seen as new and revolutionary, there are a number of courts around the U.S that already use trained dogs in court.

Some places use only facility service dogs to comfort young victims in criminal cases, but they have also been successfully used with elderly witnesses, by putting them at ease while they testify in court.

Judge Holden-Kay said, “In juvenile court, when you have kiddos that are in court a lot, it can be a very stressful experience, but having that dog mellows out the children a little bit, and helps them relax at a time when they are probably not having their best day.” 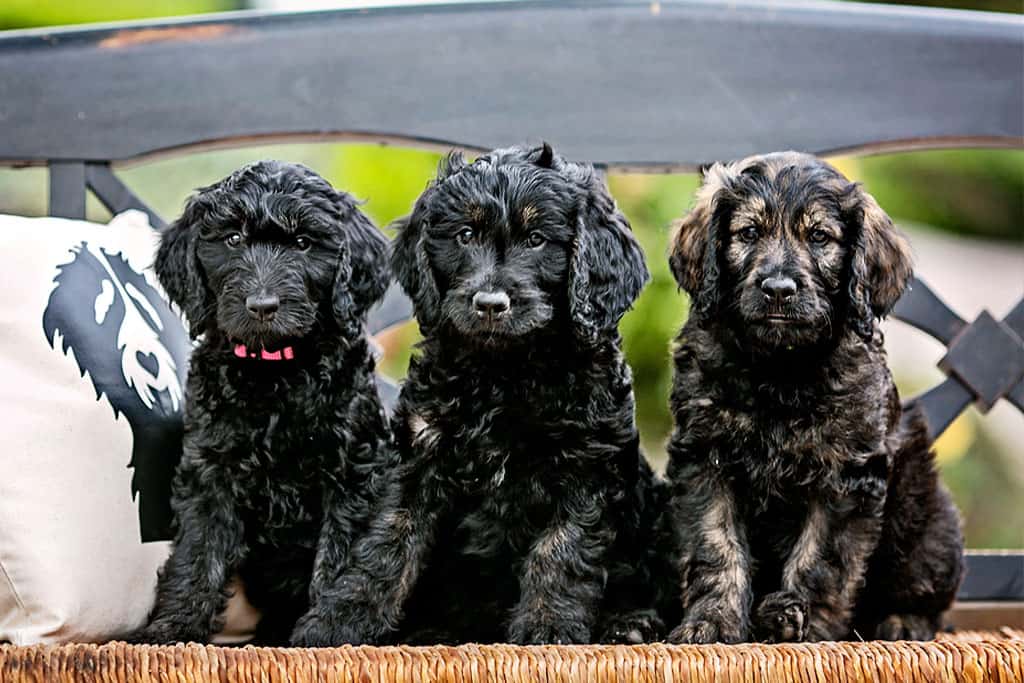 So what is that Goldendoodles are required to do in court? To silently sit next to the victim in the courtroom. To be pet and cuddled during the trial when hard questions are asked and they go through a lot of stress.

Goldendoodles like Stella for example, are trained to obey and respond to simple commands (like, sit, come, stay) to make sure the dog remains workable in the courtroom.

In Stella’s case, a JDAI (Juvenile Detention Alternatives Initiative) coordinator have started to attend the training sessions so that she can give the dog commands when the owner, Judge Holden-Kay, is busy with other court works.

Stella will care for the de-escalation of courtroom situations and she’ll specialize in juvenile courtrooms, but the idea is to start using Goldendoodles for other court matters in the near future.

Why Goldendoodles are a breed to consider in courtrooms

Goldendoodles have a calm attitude and are very nurturing. They increase the victim’s morale during hearings and influence their testimony in court. Studies have shown that in difficult courtrooms, especially in cases of violence and other forms of abuse, Goldendoodles have been proven invaluable for those who suffer from stress. The rapid growth of Goldendoodles throughout the world have seen the breed taking over more and more courtrooms and being incorporating into more judicial system. It seems a tendency that will only increase over time. That only demonstrates that the Goldendoodle is a breed to stay because of their unique qualities in performing such jobs.

Use of support dogs abroad

In France, a black Labrador has been working as a facility service dog in courtrooms in Occitanie is the star in a book, written by the prosecutor who first brought the dog to court.Lol, the name of the dog, has been working since 2019 and is considered a success and the first and only case in Europe.

The next step is for these skilful service animals to open facility service dog programs with government backing and funding. Today, politicians in France are working to push a bill through parliament to create formal judicial recognition for the benefits of these service animals. The outcome of this bill will lead to dedicated funding of service dog training and help court systems across France obtain access to facilities service dogs.