Top Reasons Why Your Goldendoodle Likes Licking His Paws

Ever noticed your Goldendoodle licking his paws non-stop? Perhaps you’ve dismissed it – dogs lick their paws all the time, after all. But did you ever wonder just why they do it?

Paw licking is generally normal. However, sometimes it signals something wrong with your dog.

Here are the typical reasons why your Goldendoodle licks his paws:

Dogs lick their paws when they groom themselves. You’ll know your Goldendoodle is grooming when he licks each of his paws. Your dog may even nibble and chew as he grooms himself.

Your Goldendoodle’s feet pads have fur growing between them. If this gets too long, he might get irritated and then lick his paws.

Apart from that, overgrown fur on your dog’s feet pads may attract lots of dirt. Your Goldendoodle will lick his paws to clean himself.

Long fur can easily be solved by regularly grooming your Goldendoodle.

Another typical cause of paw licking is long nails.

Some Goldendoodles like licking their paws when their nails have grown long. This behavior is perfectly normal. But you can manage this by:

Excessive Paw Licking: When Should You Be Concerned? 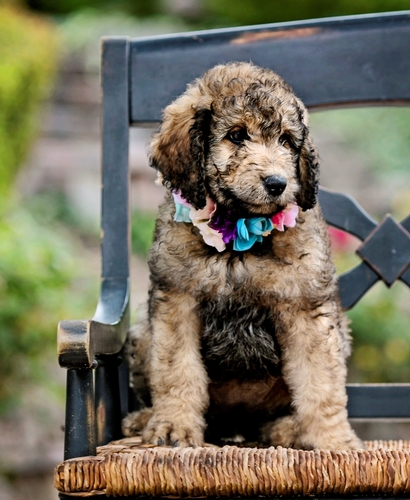 Is your Goldendoodle licking his paws aggressively? Maybe there’s an underlying condition that needs your attention.

Keep an eye out for these harmful causes of paw licking:

Paw licking could be a symptom of allergies in dogs. Such allergies can be caused by:
Food
You gave your Goldendoodle new dog food. Then, you find him licking his paws constantly half an hour later. That could mean your dog is allergic to that dog food.

Common food allergens in dogs include:

The Environment
Plants, grass, and pesticides cause allergy flare-ups in dogs. Dust and dander could also be culprits to this.

Suspect environmental allergy when you take your Goldendoodle out for a walk, then find him excessively licking his paws after that.
Cleaning products
Your Goldendoodle can also be allergic to home cleansers. This is due to the chemicals these products contain.

Excessive paw licking in dogs may be a sign of dry skin. Your Goldendoodle licks his paws to help soothe irritation caused by dry skin.

This behavior is often accompanied by aggressive scratching. Skin appears red or bumpy, with skin flakes littering his coat.

Treat your dog’s dry skin by:

Stress hormones go up when dogs are bored, scared, or anxious. But researchers have seen that stress hormone levels go down when a dog licks his paws.

In fact, most dog breeds make themselves feel better by licking their paws.

To manage your dog’s anxiety, do the following:

Meanwhile, manage paw licking due to boredom by:

Paw licking could be an early sign of pain. These things may cause your dog’s pain:

Assess first where your Goldendoodle’s pain comes from. Remove foreign objects if that’s causing the pain. Otherwise, seek help from your veterinarian. 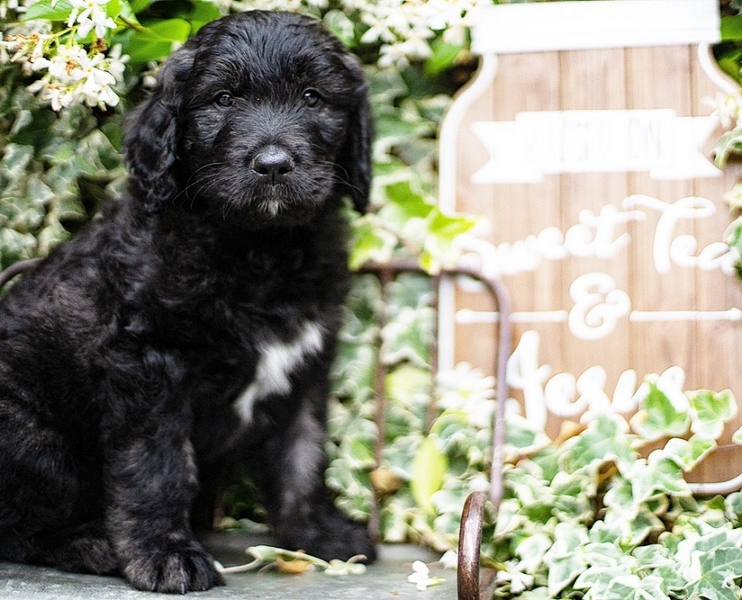 Your Goldendoodle licks his paws for a variety of reasons. While paw licking is a normal dog behavior, too much of it can signal a problem.

Try your best to check why your dog is licking your paws. Doing so could save your Goldendoodle from lots of possible health problems.